WeEn Semiconductors announced today that WeEn CEO Markus Mosen received the “Contributor of the Year” in WEAA. WeEn 1200V SIC MOSFET also won the “Power Semiconductor of the Year”. Thanks again for all the people who have voted for us in past months. 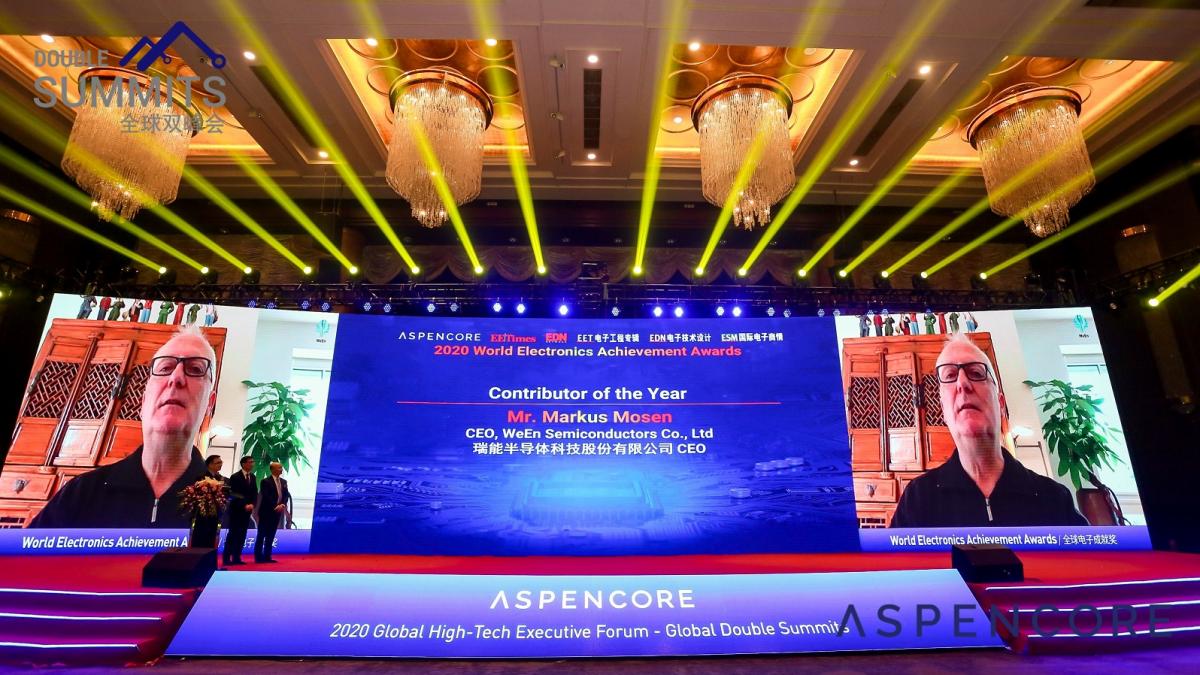 Due to the Covid-19, Mr. Markus Mosen cannot arrived at Shenzhen and he made a short video to express his gratitude to receive the “contributor the year” by WEAA and said “ it’s not only a recognition to myself, but also to the whole company and the effort of the team to be the successful player in the industry”.

Markus Mosen has more than 28 years professional experience in managing global Business and Product Lines in the Semiconductor Industry. With his extremely keen market insight, Markus has laid the foundation of technology-based development road since he joined WeEn as CEO from the start of the company in 2015. Within the first months after creation of WeEn he lead the team to develop and set up Sales & Marketing offices in China, Asia-Pacific, EMEA & Americas, expanding the global footprint of WeEn.